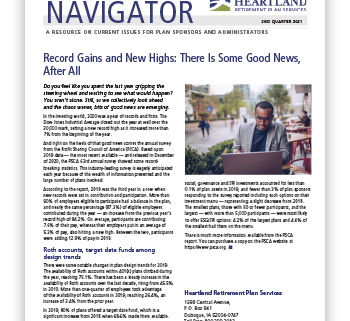 Whether you currently invest in a Roth IRA or a traditional IRA, both are smart retirement saving and investing accounts that provide the potential for tax-deferred growth. As you may likely know, the main difference between the two types of accounts is how they are taxed.

Contributions to a traditional IRA are tax-deductible, meaning every dollar you contribute reduces your taxable income, up to the IRS annual limit. The money grows without being taxed until you start taking distributions in retirement. At that point, the money you withdraw is taxed as ordinary income. Roth IRAs are funded with after-tax dollars, so you can’t deduct your contributions. However, because you already paid taxes on the money when you put it into your account, you don’t have to pay taxes when you take the money out.

Some people who have a traditional IRA may want to consider converting it to a Roth IRA. Such a conversion could be an effective tool for reducing future tax liability — especially now. That’s because the tax reductions for individuals that came about with the Tax Cuts and Jobs Act of 2017 are set to expire at the end of 2025. Unless there is further congressional action as 2025 draws nearer, taxes will likely go back up in 2026. You will still be able to do a Roth conversion, but the taxes you pay when you move the money from a traditional IRA could be higher. In addition, the following are a couple of other situations where converting to a Roth IRA might be a good idea.

Anyone who feels they will be in a higher tax bracket in retirement.

One way this could happen is that when you reach age 72, the IRS requires you to start taking a percentage of your money out of retirement accounts, such as a traditional IRA, in which taxes were deferred. Those withdrawals, when added to your Social Security, pension and any other income you might have, could bump you into a higher tax bracket.

Anyone who wants to leave a tax-free legacy behind for their heirs.

Yes, you must pay the taxes on any amount moved from the traditional IRA to the Roth IRA. However, once the funds arrive safely in the Roth IRA, your savings can grow tax-free. Under the SECURE Act, any of your children or other heirs can defer any distributions from the inherited Roth IRA until year 10, allowing the money to continue tax-free growth potential that entire time. And your children/heirs won’t be taxed on the distributions when they do take them. Keep in mind: when converting traditional IRA money to a Roth IRA, you need to be aware of any potential upward bump to your marginal tax bracket for the current year. A financial planner or tax professional can help create a strategy for avoiding this.

While converting a traditional IRA to a Roth IRA might make good sense for many people, there are also reasons someone would likely not want to convert, including:

Traditional IRA owners should consider the tax ramifications, age and income restrictions in regards to executing a conversion from a Traditional IRA to a Roth IRA.

This site uses cookies. By continuing to browse the site, you are agreeing to our use of cookies.

We may request cookies to be set on your device. We use cookies to let us know when you visit our websites, how you interact with us, to enrich your user experience, and to customize your relationship with our website.

Click on the different category headings to find out more. You can also change some of your preferences. Note that blocking some types of cookies may impact your experience on our websites and the services we are able to offer.

These cookies are strictly necessary to provide you with services available through our website and to use some of its features.

Because these cookies are strictly necessary to deliver the website, refusing them will have impact how our site functions. You always can block or delete cookies by changing your browser settings and force blocking all cookies on this website. But this will always prompt you to accept/refuse cookies when revisiting our site.

We fully respect if you want to refuse cookies but to avoid asking you again and again kindly allow us to store a cookie for that. You are free to opt out any time or opt in for other cookies to get a better experience. If you refuse cookies we will remove all set cookies in our domain.

We provide you with a list of stored cookies on your computer in our domain so you can check what we stored. Due to security reasons we are not able to show or modify cookies from other domains. You can check these in your browser security settings.

These cookies collect information that is used either in aggregate form to help us understand how our website is being used or how effective our marketing campaigns are, or to help us customize our website and application for you in order to enhance your experience.

If you do not want that we track your visit to our site you can disable tracking in your browser here:

We also use different external services like Google Webfonts, Google Maps, and external Video providers. Since these providers may collect personal data like your IP address we allow you to block them here. Please be aware that this might heavily reduce the functionality and appearance of our site. Changes will take effect once you reload the page.

The following cookies are also needed - You can choose if you want to allow them: